Oral agreement – and what’s next? 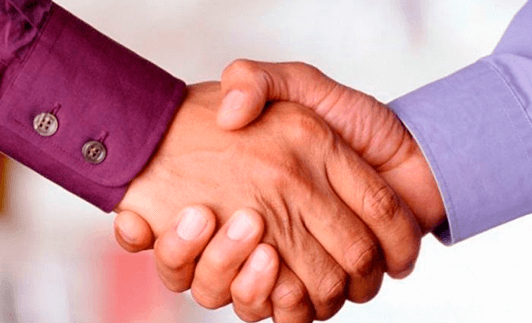 In general, contracts in Germany are legally binding even if they are concluded orally. In everyday life, we often conclude contracts of sale without comprehending it. A typical example of this is a bakery trip. The buyer comes to the seller, gives money for a bun. In response, the seller accepts the money and gives the bun to the buyer. In this example, a sales transaction took place.

The opportunity to conclude a contract orally also applies to many other transactions. Of course, there are transactions in which you must comply with the written or even notarial form.

Written form is obligatory, for example, in case of loan agreements with consumers and guarantees. Real estate purchase contracts, for example, require a notarial form.

Oral contract has the advantage that it can be concluded quickly and without paperwork. Difficulties with oral contracts arise in cases where one of the parties does not adhere to the content of the oral agreement, or has completely forgotten about the conclusion of the contract and completely refuses to fulfill its contractual obligations.

If, after the conclusion of the contract, you have ceased to be sure whether the other party will adhere to the contract, then in this case you can try to fix the contract in writing after it is concluded or try to persuade the other party about written confirmation. If this is impossible and your partner finally refuses, then you can think about whether it makes sense to go to a German court with a claim for the performance of contractual obligations.

In this case, there is often a problem of proving the conclusion of an oral contract, since, in principle, the party that makes demands in court must prove that the contract was actually concluded. The adversary’s party may fully or partially deny entering into an oral contract.

But even in these cases, the presentation of claims is not hopeless.

Crucial in a court in Germany is the credibility of the testimony of a witness. This question is decided by the court by questions when testifying.

If one of the parties to the transaction is a consumer, then in some cases he may with the least difficulty refuse to orally concluded contracts and related obligations. This applies in particular to contracts concluded on the doorstep of an apartment, by telephone or via the Internet.

As you can see, the conclusion of the contract in oral form leads to certain consequences, depending on the situation. From this we can conclude that with an oral agreement all is not lost!
This website uses cookies to improve your experience. By using this website, you agree to the use of cookies.
Um unsere Webseite für Sie optimal gestalten zu können, verwenden wir Cookies. Durch die weitere Nutzung der Webseite stimmen Sie der Verwendung von Cookies zu. Accept / EinverstandenReject/AblehnenRead More / Mehr dazu
Privacy & Cookies Policy